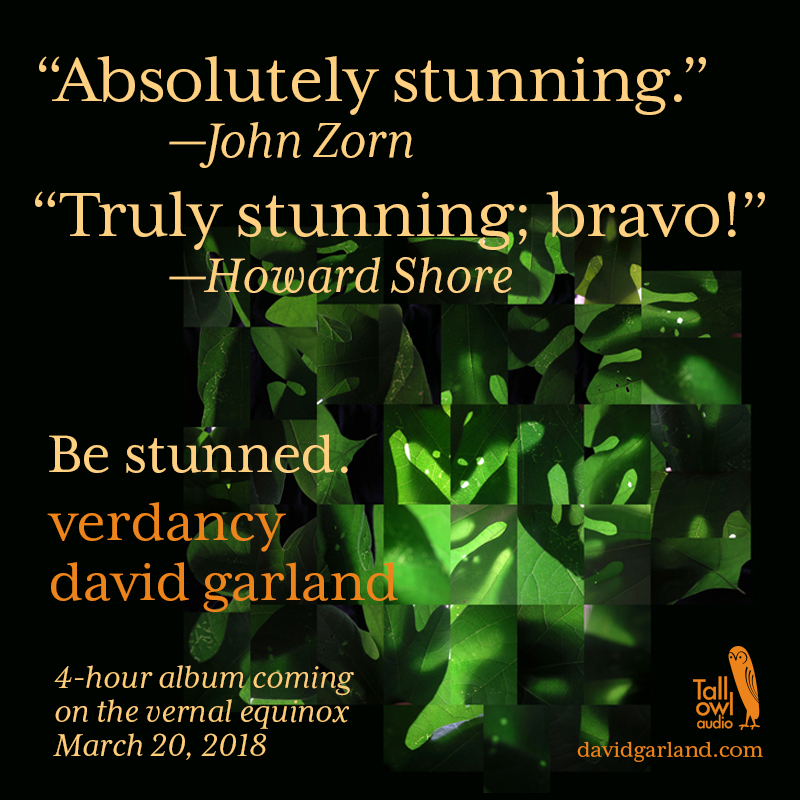 “Nothing less than a new world of revelatory music.” —John Burdick reviews Verdancy on Hudson Valley One

Album of the Day on Bandcamp

Patterns are the structure from which we view the world; they’re also the structure that obscures our view of continuousness and constant change.

The music on Verdancy grew out of two things: a very special modified acoustic guitar created by my son, and my move from New York City to upstate New York’s Hudson Valley. I’ve been given a glimpse of continuousness, a view past the frame of presumed patterns.

Living again in nature (as I did when I was a child), I vividly, finally see and experience the tumult and beauty of everything endlessly changing all the time. The guitar does that, too. The modified guitar is a genuinely electro-acoustic instrument, in which electronics aren’t generating an electronic tone, but instead provoke the vibration of wire and wood, creating a vibrating object that I interact with physically.

These elements have deeply changed my music. I feel connected to what I’ve done before, but I’m in a new, previously unknown sonic world, bushwhacking new paths, seeking beauty and danger, building new structures that suit the landscape.

I didn’t know I was heading into a four-hour album when I began composing and recording “Verdancy.” But as I realized how inspiring—and, well, verdant—my resources and their possibilities were, I resolved to go deep with the music, to make a big, encompassing statement, and to manifest a current culmination of my inventiveness and ideas. 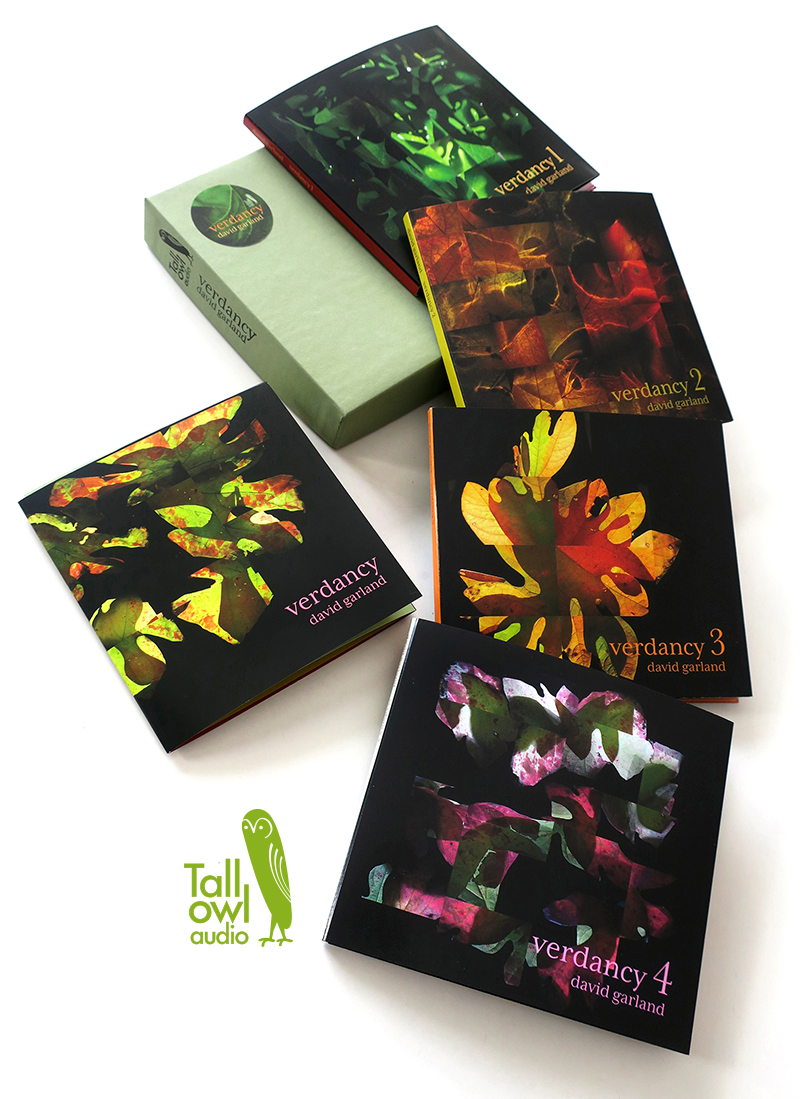 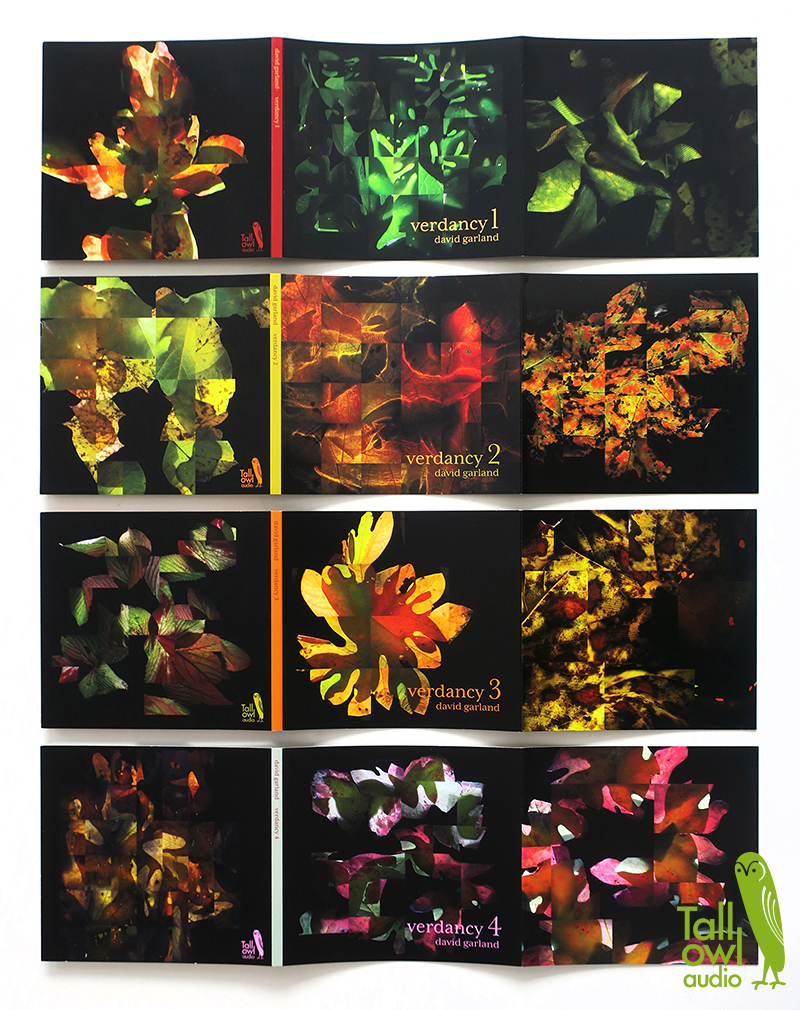 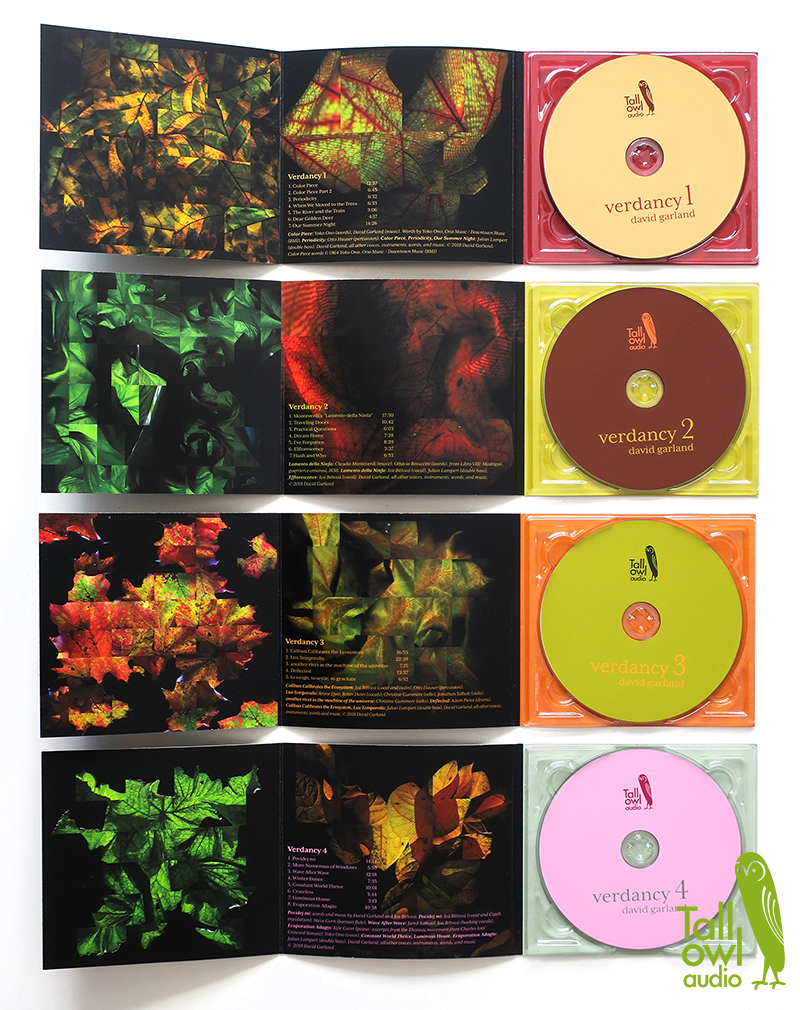 Some of the reactions so far:

“Verdancy is a profoundly deep work with a seemingly endless landscape in which to get lost.” —Lars Gotrich, in NPR Music’s 40 Favorite Albums Of 2018 (So Far)

“There’s no pseudo-pastoral fluff around Verdancy. It’s tough and green and indivisible and it seems to grow across its impressive duration until it completes a musical landscape. …the most beautiful evocation of the American landscape I have ever heard.” —Brian Morton, The Wire

“enormous, impressive…the whole flows so remarkably. I have enjoyed few recent recordings as much as I have enjoyed Verdancy. …You have to back up and wait for change to happen in a more geological way, or in an old growth forest kind of way. It’s going to happen according to metaphors that are more durational than simply what we expect of a popular music piece of development.” —Rick Moody, TheRumpus.net

“A profoundly coherent and surprising world of immersive sound…the sound of the composer acknowledging and undoing centuries of accumulated tradition and culture to get back to something close to pure music and first mind…nothing less than a new world of revelatory music.” —John Burdick, Hudson Valley One

“Garland, who’s built a career subverting easy categorization, has created a quiet masterpiece that melds folk, pop, chamber music, and heady experimentation… His rejection of orthodoxy feels both natural and radical, and Verdancy feels as fresh and electric as anything I’ve heard all year.” —Peter Margasak, Bandcamp Daily

“Even if the music wasn’t as wonderful as it is, Verdancy would be a landmark effort and an inspiration to independent creative people everywhere… Many of the songs do have an organic feel, seeming to grow from a kernel of an idea into something elaborate and deeply involving.” —ANEARFUL 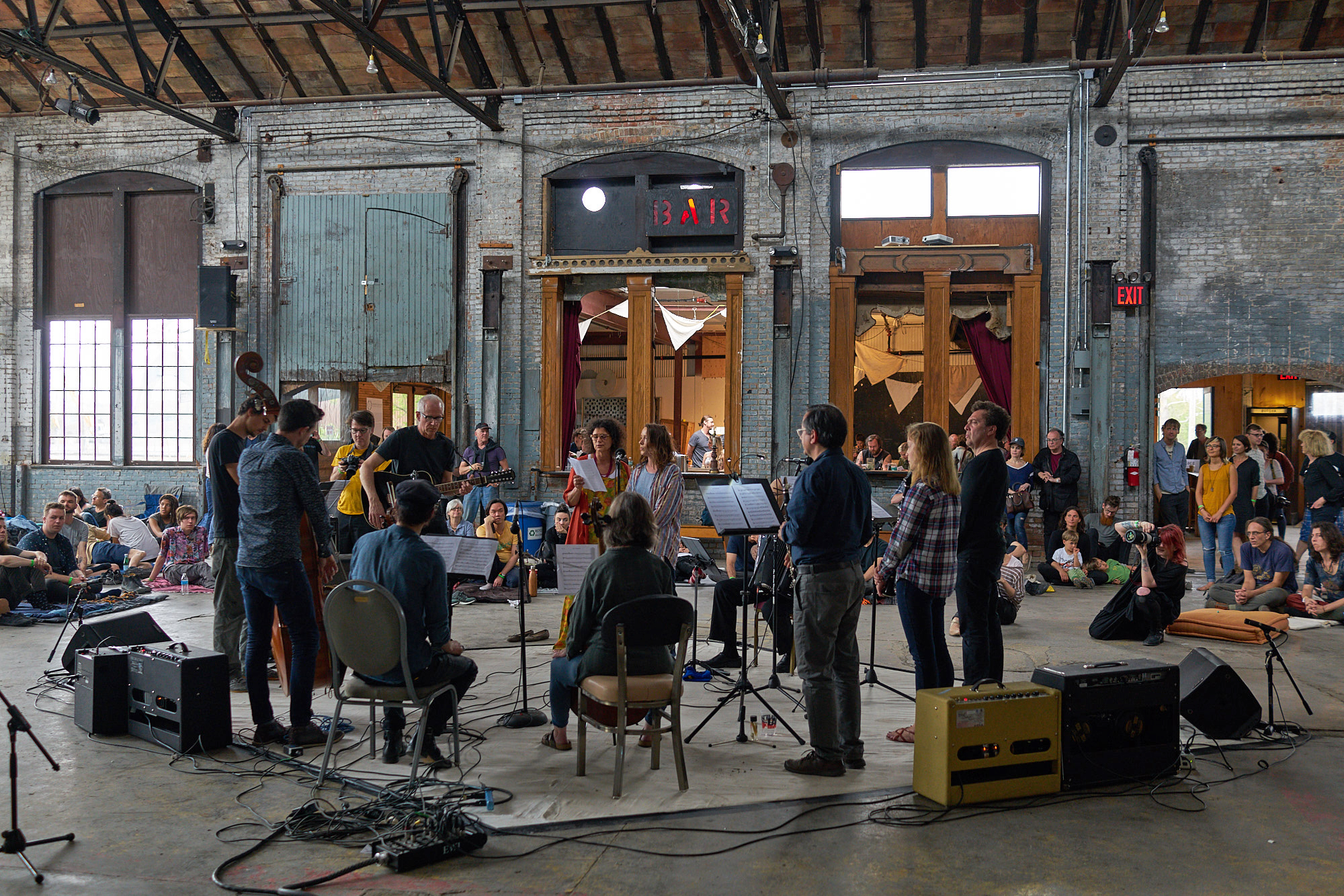 This music was recorded with acoustic instruments and microphones—the only exception being the analog synths used in a couple pieces. The real-world, tactile, sensuous quality of the sound is important to me, because it’s important to the music, and I think it has a visceral—even if subliminal—impact on the listener. It was almost entirely recorded in my simple home studio, a little building full of instruments and records on the edge of the woods near my home. A couple pieces include natural sounds I recorded simply by opening the studio windows. And I played a guitar part in a local cave for one piece (“Wave After Wave”).

This long album is full of long pieces. I was following the guitar’s lead, since it’s in its nature to gradually build up vibrations and overtone permutations. Also, as a composer I try to not take anything for granted. I question—without necessarily rejecting—the various aspects of musical construction and sound. I was playing with proportion, exploring possibilities. And I wanted to indulge in and create for listeners a kind of sonic space and musical journey that take us away from technology’s splintered, accelerated pace.

I play a variety of instruments because they make various things possible. The sound of the modified guitar is the most distinctive characteristic of this album. But also important is the clarinet, an instrument I started playing a few years ago because I love its woody sound. I suppose the instrument I know best is the piano, which makes a few appearances here and there. I had fun incorporating instruments I’ve had for a long time, such as the Pro-One analog synth, a fat tenor ocarina, and a bowed psaltery. I sing, too.

There’s no greater music-making thrill than to collaborate with creative, resourceful people, and I was really fortunate on this album. Czech-born vocalist and violinist Iva Bittová is a musician I’ve admired since the late 1980s, when we each put out records on the German label Review Records. Now, amazingly, she lives nearby when not touring world-wide. Most of the other musicians also live in the Hudson Valley: Steve Gorn is a Grammy-winning master of the Indian bansuri bamboo flute; Arone Dyer is one half of Buke & Gase, performs and records with The National, and leads her own Drone Choir; Otto Hauser plays drums with Cass McCombs, Vetiver, Espers, and others; drummer Adam Pierce has played with Múm and his own Mice Parade; composer/writer/pianist Kyle Gann just published a book about Charles Ives’ Concord Sonata, so I had him interpolate a bit of that piece in “Evaporation Adagio”; cellist Christine Gummere plays both early and new music; violist Jonathan Talbott plays jazz and folk; Canadian singer Robin Dann leads the wonderful band Bernice; and singer Jared Samuel has played with The Ghost of a Saber Tooth Tiger, Cibo Matto, and his own Invisible Familiars. Double-bassist Julian Lampert is a very important presence on the album. He’s a young player as comfortable improvising as he is playing in an orchestra, and he brought a beautiful sound and sensibility to the project. I figured I probably found the right guy when I learned he loves Richard Davis’ playing on Astral Weeks as much as I do! Yoko Ono, whose words are heard in Verdancy’s first piece, and whose speaking voice is heard in its last piece, has inspired and encouraged me, and I’m grateful for her friendship.

Sorry, I’m not going to help you much here. A lot of music these days seems retro-this or retro-that, imitating very specific attributes of clear antecedents. I don’t do that. I have some musical heroes such as Robert Wyatt, Brian Wilson, and some of the folks I’ve worked with like Sufjan Stevens, John Zorn, and Meredith Monk, but they’ve inspired me to try to think as creatively as they do, rather than to try to sound like them. So I’m not sure who you might compare me to in order to describe my music, but I’ll be curious to see what you come up with. My style: intuitive, tonal (with occasional rough edges), sensual, acoustic, hand-made, colorful, emotional, elaborate, surprising, personal.

The images featured on the Verdancy packaging were created by me since 2016, during the same time period I was working on the music. They could be described as photo collages or mosaics. I took close-up photos of leaves, and then created visual structures out of them, guided partly by the way the forms seemed to want to fit together, and partly by intuitive choice. It felt a lot like making the music. I graduated from Rhode Island School of Design, and though I’ve mostly made music and radio and podcasts since then, I remain a visual artist, too. My wife Anne Garland did the beautiful graphic design for the album. 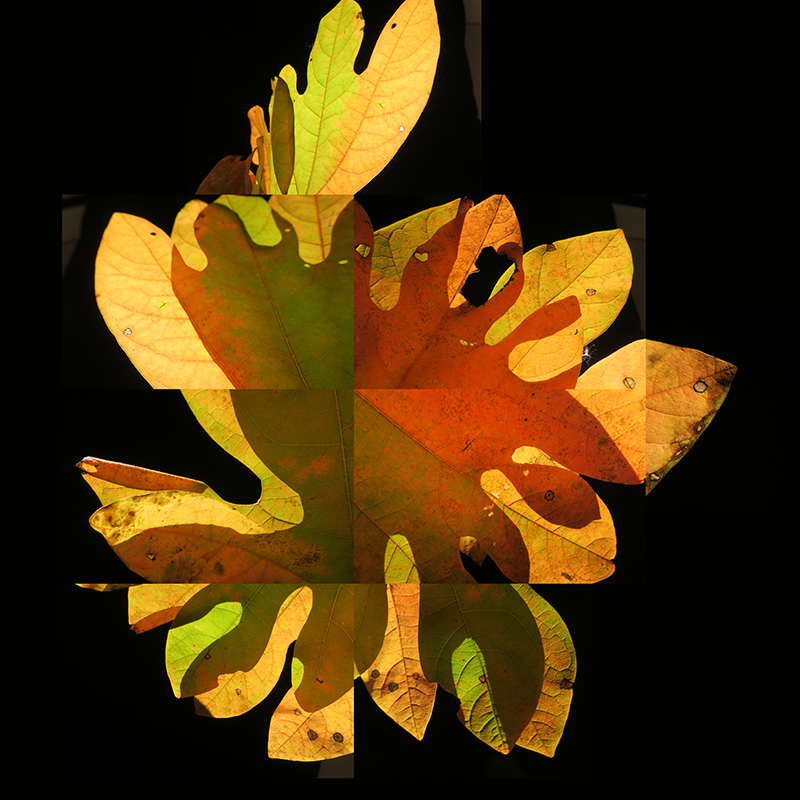 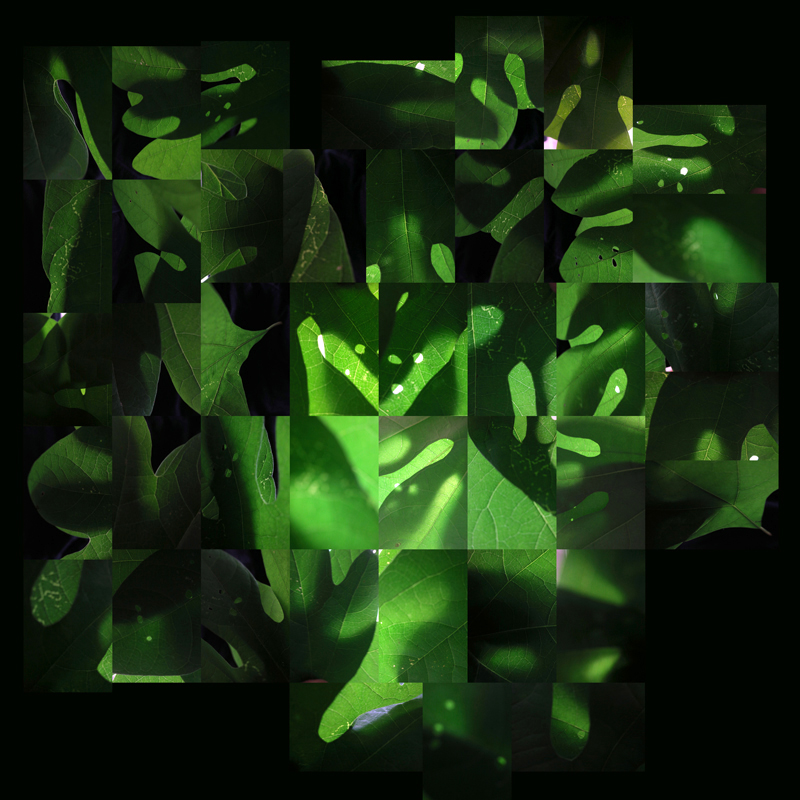 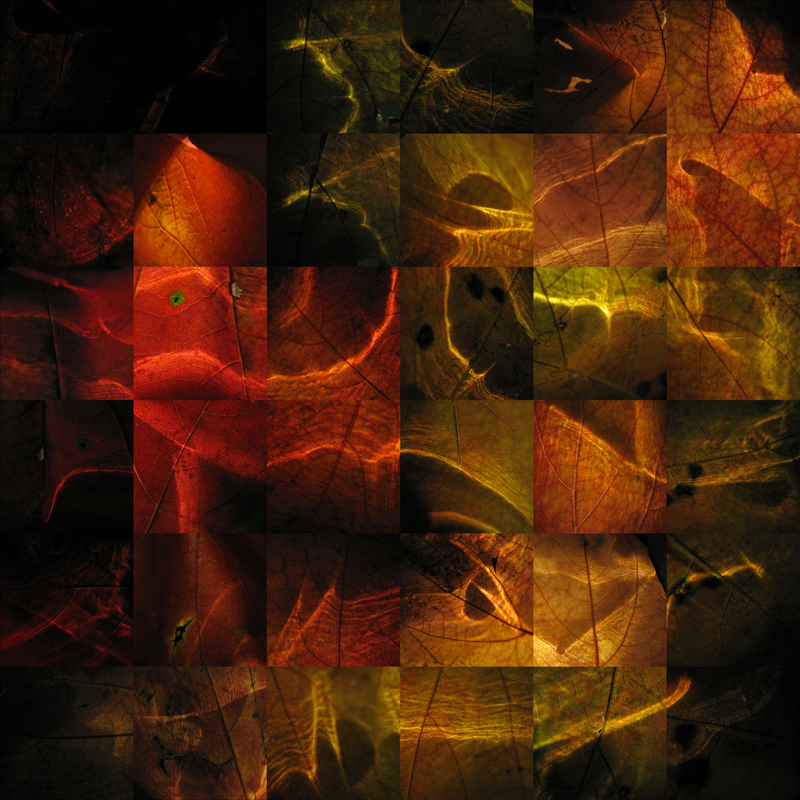 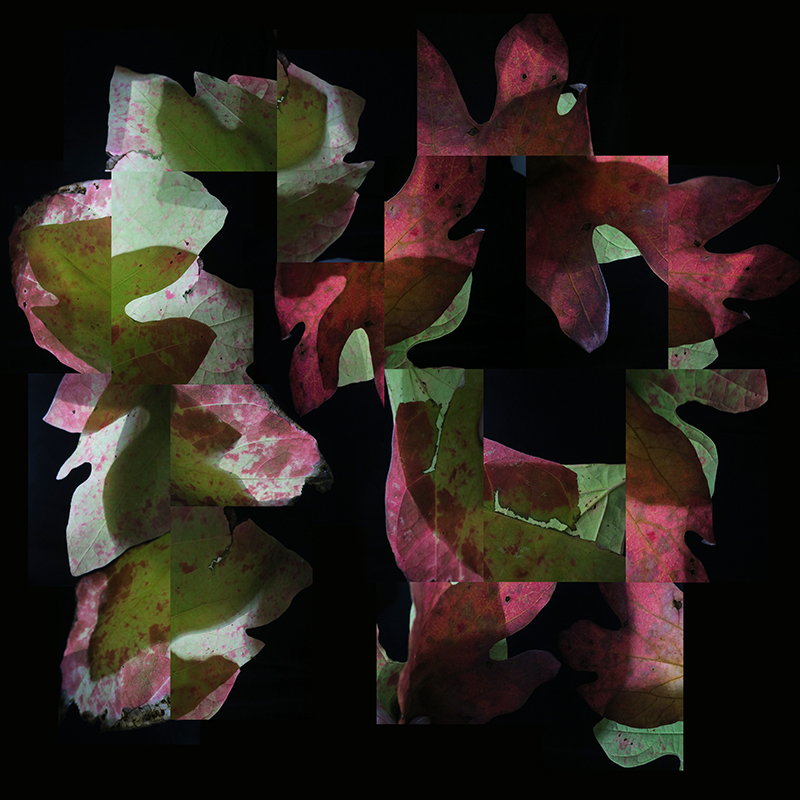 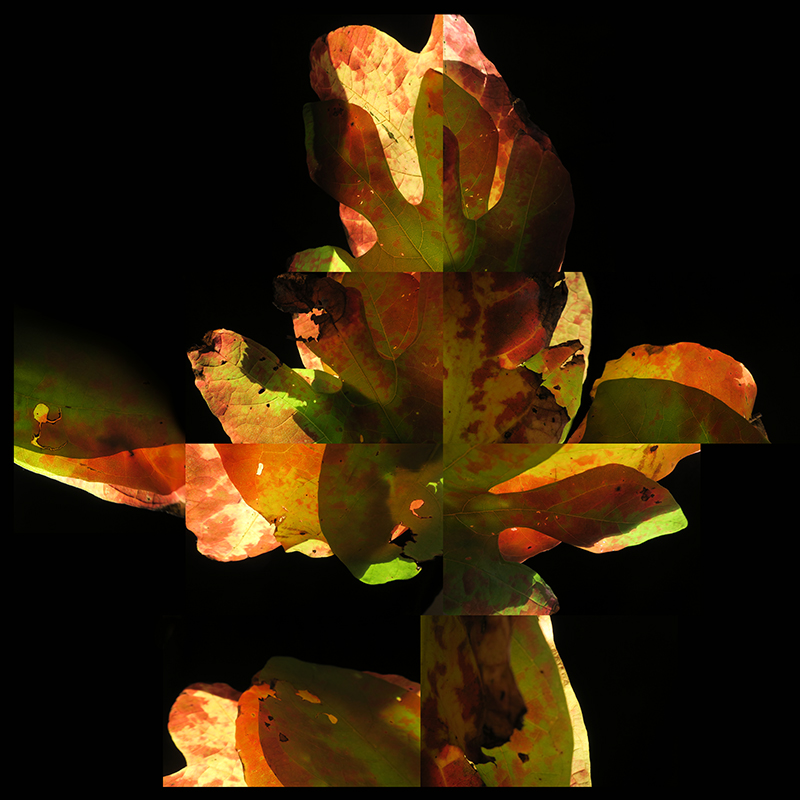 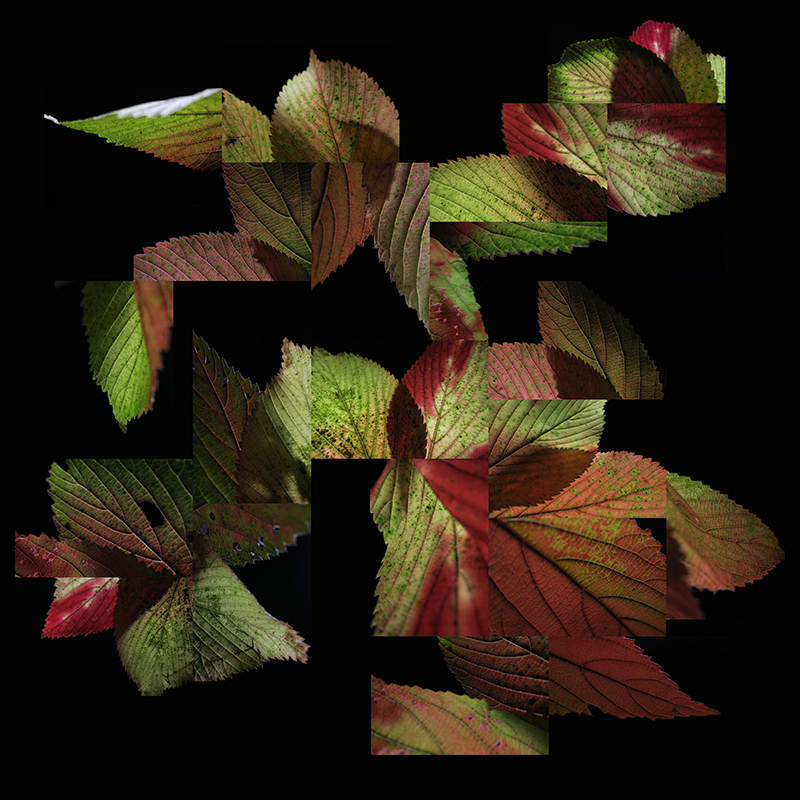 “If it’s not possible for popular music to reach the heights of the great classical masters, it seems no one has told David Garland. Garland has quickly become one of my favorite contemporary composers. Like many great songwriters before him, he pushes the limits of acceptable harmony and dissonance, yet never at the expense of beauty. He is able to take the listener through what might otherwise be quite perplexing musical architecture, and guide them along as if floating effortlessly on a cloud. The fact that Garland is not more known is an indication that much of the world has forgotten why it is we make and listen to music in the first place.”     —Sean Ono Lennon

“[David Garland’s music] was a big help for me in trying to formulate my own song style, just as Deerhoof was about to start.     —Greg Saunier (Deerhoof) 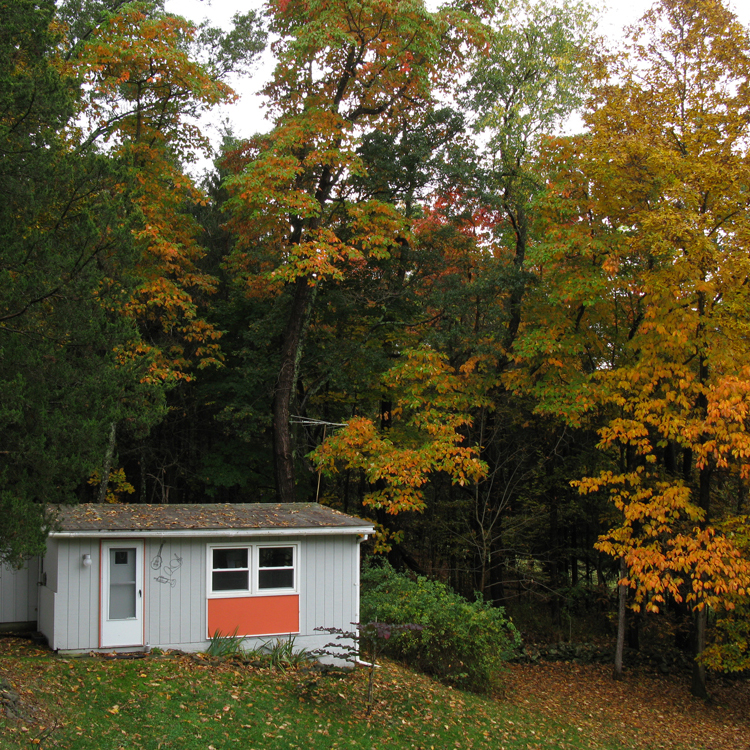 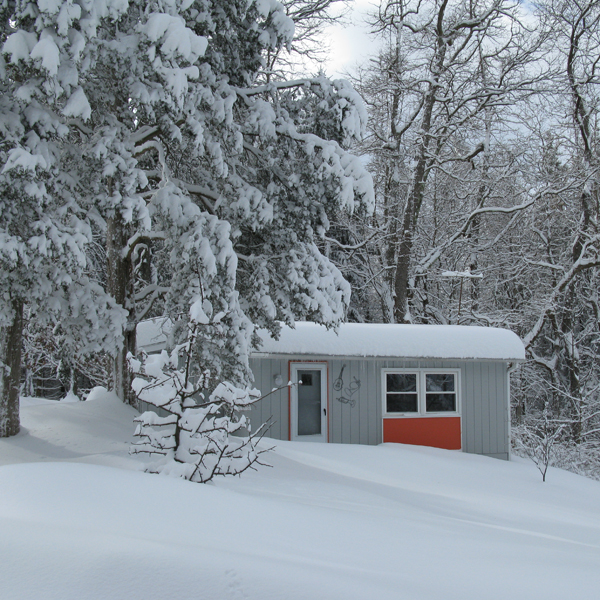 demonstration of the modified guitar